A young white doctor in Montgomery, Alabama, in the 1840s developed operative procedures to close vaginal fistulas, that is, tears in vaginal tissue (caused by prolonged labor, or by inexpert use of forceps). Fistulas cause constant leakage of urine, and, if the fistula affects the rectal canal, fecal matter. The doctor developed his methods through extensive experiments executed on the bodies of a number of un-anesthetized black slave women. He operated on at least one of these women over thirty times

It is clear that Sims himself goes to extremes to present the effects of the condition:
‘the urine was running day and night, saturating the bedding and clothing, and producing an inflammation of the external parts wherever it came into contact with the person, almost similar to confluent smallpox, with constant pain and burning. The odor from this saturation permeated everything...; and, of course, her life was one of suffering and disgust. (240)

Sims administered opium to his subjects, in doses extremely likely to make them dependent on the drug (51/52). The opium was not primarily given as a pain reliever, but as a way of making these women constipated in order to heighten the chances of a cure: Sims wanted them to pass as little as possible after their operations, so water and food was kept at a minimum, as well. Their opium consumption allowed for a docile hospital atmosphere, even though other side effects beyond dependency are easy to imagine. In interviews, medical practitioners tell me that this regime is vital for a fistula cure to be achieved: indeed, in fistulas that involve the anal canal (and leakage of fecal matter), passing nothing is highly important.

But what might be ‘sound medical practice’ becomes something else when repeated thirty times. Weak, potentially dehydrated women who endure multiple operations, and who move very little: thrombosis and other post-operative dangers such as sepsis would have been very real for them. It is likely (given the reality of sepsis, and the way that Sims speaks about one of the named slavewomen in his care ‘nearly dying’ of a post-operative infection), although undocumented, that many of the hospital’s inhabitants died.

Sims is well known in medical history for two medical innovations. First is his speculum, allowing him visual access to the vagina, and the Sims position, an immobilizing, highly uncomfortable position that allows the gynecologist access to the woman’s genitalia, and allows for the insertion of the speculum. Different from other positions for gynecological exams (such as stirrups) that allow a woman to face her doctor, the Sims position turns the woman away – a necessity in the Victorian era, where Sims’ visual exploration of a woman’s
genitalia were the most radical aspects of his practice.

In his Notes on Vaginismus, given as a triumphant lecture at the Obstretical Society of London, Sims discusses a case brought before him, a woman whose genitalia wouldn’t allow her husband access to his ‘marital rights’. Sims found that he couldn’t even insert a finger into the tightly clenched vagina.

Mary Daly’s important radical feminist polemic drew attention to Sims in her book Gyn/Ecology (1978), which traces cross-cultural structures of patriarchy designed to degrade and dismember women. In her poetic/political language, she describes Sims’ and gynecologists like him who hastened the demise of midwifery, cut very quickly, and began to identify women with their sex organs.

The scene is set, and here is Anarcha’s first entry into Sims’ autobiography. He is a young inexperienced physician in Montgomery, Alabama, and services various/ slaveholders like himself, making rounds.

‘We found a young colored woman, about seventeen years of age, well-
developed, who had been in labor then seventy-two hours. The child’s head was so impacted in the pelvis that the labor-pains had almost entirely ceased. It was evident that matters could not long remain in this condition without the system becoming exhausted, and without the pressure producing a sloughing of the soft parts of the mother.’

Likewise, sexual exploitation and rape were widespread. And thus, many black women gave birth when too young, undernourished, and exhausted.11 Of course there is no way of knowing if any of these issues affected Anarcha specifically, neither can I make use of her body and her pain to project onto her (sub)conscious desires about her child’s entry into the world.
This is where her figure becomes hazy, straining on a bed (or the floor), maybe alone since the others were out working, maybe with a black mid-wife who would be completely invisible to Sims. Anarcha’s figure loses her specificity and merges with others we have read or heard about. Sims’ account of her, which gives no space for her voice, robs her of her agency in multiple ways: she is a slave, she is silent here, and she becomes a figure, a statistic intersected with multiple exploited bodies. 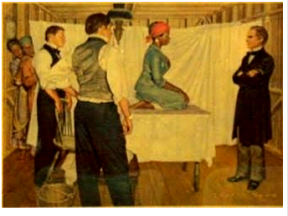 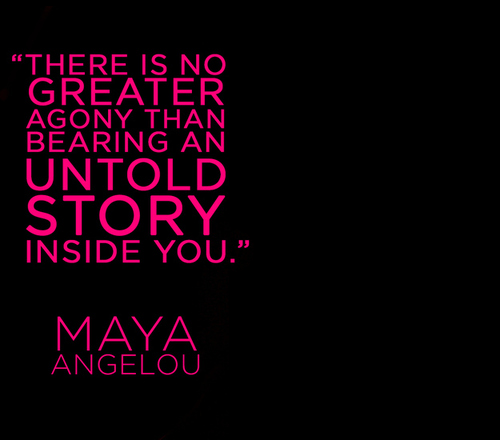